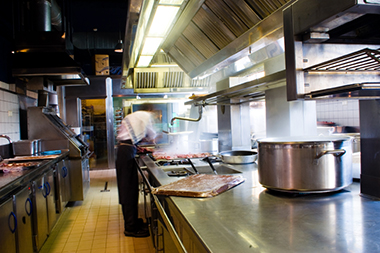 Maintaining your restaurant’s grease trap or grease interceptor is a must for proper operation and is required by city and/or provincial code. Many cities are now levying surcharges and in some cases fines on operators that fail to observe mandated standards.

Some problems associated with improper maintenance include sewage backing up into your business, rancid odors, expensive cleanup and repair, potential contact with disease causing organisms and higher operating costs.

In many areas, an establishment that has experienced a blockage or overflow into storm sewers is also required to close for business until an inspector certifies all health issues have been resolved.

If your foodservice operation has a grease management problem and the grease trap or grease interceptor has become more of the problem instead of the solution, then you need to implement a new solution…namely a high efficiency Goslyn™ fully automatic grease interceptor

Goslyn™  are “on-the-job” at thousands of foodservice operations worldwide to efficiently separate grease and oil ( FOG ) from the kitchen waste water before it can enter kitchen drainage lines where it would aggregate and eventually cause an expensive blockage and backup.

If you are planning a new kitchen or a kitchen refurbishment, insist that your designer account for the installation of Goslyn™ as a highly efficient and cost effective alternative to a traditional, inefficient passive grease trap.

One of the many Goslyn™  features that are especially well suited for foodservice operations is the solids strainer basket which will collect solids greater than 2mm and effectively remove these from the waste stream. Any fine silts that pass the basket are flushed through the Goslyn™ or if they settle out, can be easily removed by operating the self-closing silt valve for ten seconds or so each day.

No muss, no fuss and no costly and messy blockages. That’s the beauty of Goslyn™.

The popularity of fried chicken and related prepared foods over the past two decades, has given rise to a dramatic increase in the number of Combi-Rotisserie Ovens in operation and the resultant exponential increase in the production of oil (Chicken Fat) and other FOG generation.